At Sewport our mission is to help turn people’s ideas and dreams into reality, and since our launch back in 2017, that’s something we’ve been able to achieve time and time again, for thousands of designers across hundreds of thousands of products. However, sometimes something comes in that is a little, well, out of our usual remit. Last week was one of these instances...

We received a request from a designer asking if we could help them procure some spare human skin, in order to make real-life ‘Leather face’ masks. The designer told us that she’d previously had an agreement with a bariatric surgery patient, however this partnership has since fallen down (for anyone who doesn’t know, bariatric surgery is a type of weight-loss surgery, including the removal of excess skin…)

The designer is based in London, and says they have an order to fulfill for a private customer. She is willing to pay a legitimate supplier £10,000 for 10lbs of skin - she wants to make it known that she will only accept skin from a legitimate business where the skin has been willingly donated, either after death or post weight-loss surgery, and is hoping to have a list of potential businesses by November 9th. 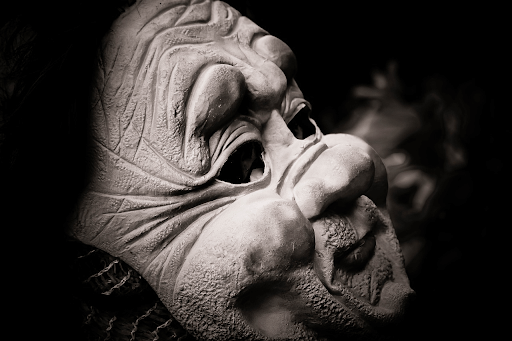 The designer, who has asked us to remain unnamed, specialises in macabre fashion, and is looking to partner with a tissue donation organisation or bariatric clinic so she can purchase human skin to be made into Halloween ‘Leather face’ masks.

The designer posted on our site last week, however due to the unusual nature of her request, we’ve been unable to help her source the required material, but agreed to launch a public appeal. In late 2018, we helped a woman make a dress from her recently passed mother’s hair by connecting her with a suitable seamstress via a public appeal - the self professed ‘macabre designer’ has expressed her hope that we can help her in a similar way.

Here is a screenshot of the original request we received from the designer: 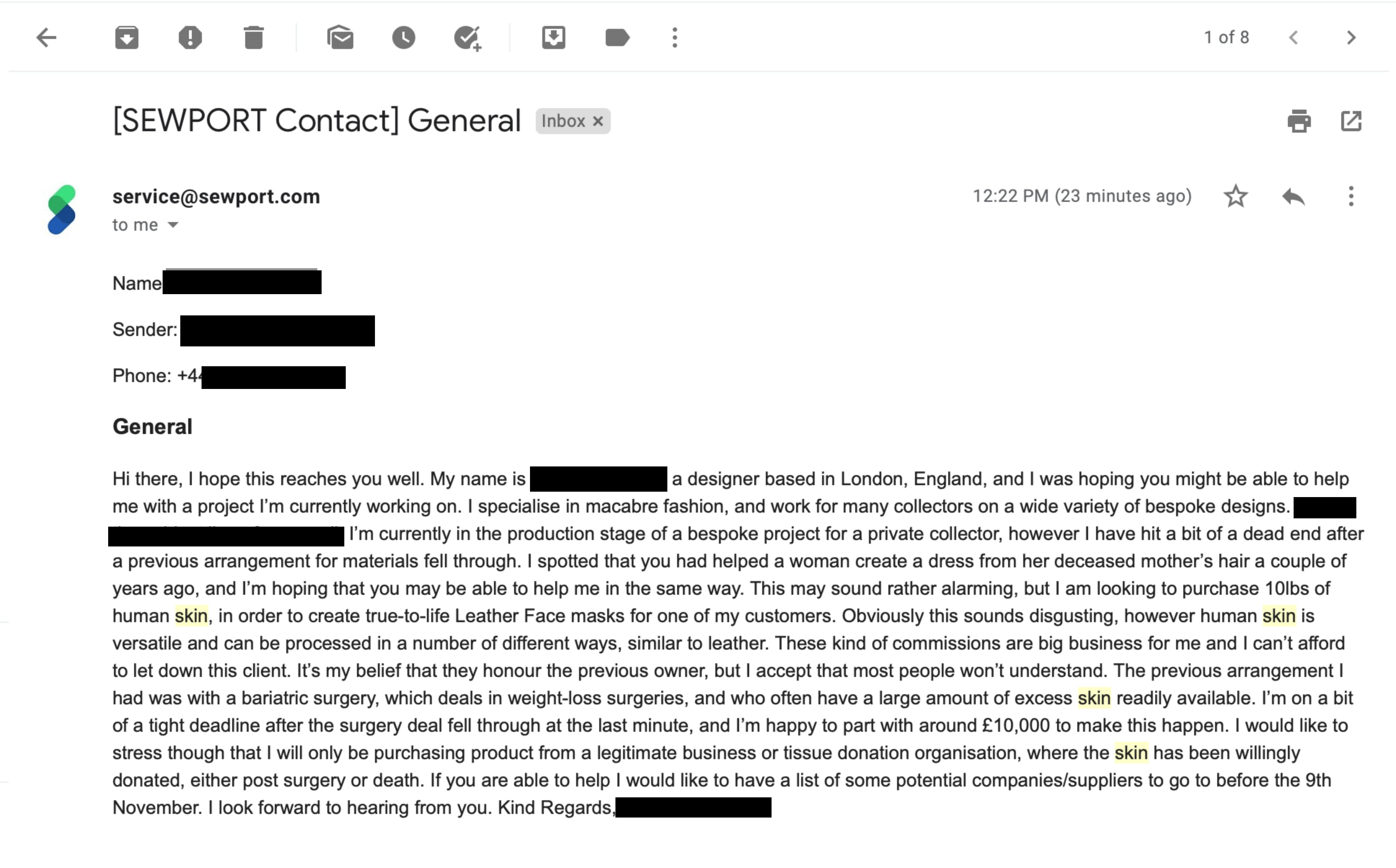 Does this sound like something you might be able to help with? Please submit your details below:

Tissue donation is often used medically to help patients who have suffered severe burns and need a skin graft or are having reconstructive surgery after undergoing a mastectomy for example. Live skin donation is more rare, due to the complications with storing the live tissue, however skin is often donated after abdominoplasty surgery*.

“We’ve had some bizarre and quirky requests come through the platform in the past, but this one has to take the crown! After speaking with the designer it’s obvious that she’s incredibly passionate about her art, and although it might be a little stomach curdling, it’s all above board.

“We’re not here to judge, our role in this is to help this designer fulfill her order, and the way we can help, and what has proven effective in the past, is to make her request public. I urge anyone who’s recently undergone weight loss surgery, or any clinic that has the right to donate skin, to get in touch - you never know someone might love the idea of their tummy skin being worn as a scary mask!”

Start your project
Recent POSTs
Which Countries Have the Best Clothing Manufacturers (2023 Industry Research)Complete Guide: How to start a Clothing Line Now? Expert Tips + 2023 Costs & ProfitsHow to Become a Fashion Designer in 2023 (new complete guide)
Read more articles
You may also like
October 02, 2018